Just letting all of my loyal readers - lol - know that I will no longer be making new posts on this Blogspot blog.

New posts will be on a WordPress-based site running on a vm at my house. :) That's over at http://cwhisonant.gotdns.com. This site will be where I post about personal items, books, and Christianity.

The feed for that blog is: http://cwhisonant.gotdns.com/?feed=rss2

And for those of you interested in Lotus articles, I will still be posting over at BleedYellow.

Something You Don't Want to Miss From The Dead Sea Scrolls

I heard someone speaking about this on a podcast and thought I would look it up for myself. At one point in Church History, before the Dead Sea Scrolls were found beginning in 1947 and subsequently translated, it was thought that Gabriel's description to Mary of Jesus (Luke 1:32) was not an Aramaic phrase but was rather Graeco-Roman.


He will be great and will be called the Son of the Most High. And the Lord God will give to him the throne of his father David, (Luke 1:32, ESV)

Before the Scrolls, there was not much evidence to refute this claim. The "problem", as detractors would state, was either that Luke was inserting language into what the angel would have said to Mary or that the Gospel was simply written at a much later date and the later language was used.

However, in manuscript # 246 found in Cave 4 at Qumran (known as 4Q246), we read this, according to the translation I have at home:


"[Also his son] will be called The Great, and be designated by his name. He will be called the Son of God, they will call him the son of the Most High." (1)

First of all, this would have been written by the Jewish sect sometime before 150 B.C. This would definitely not be Graeco-Roman language. This is yet another reason the Scrolls have proven beneficial to Christianity in relation to historical and textual "issues." Secondly, this is NOT a Qumran text that is about their expected Messiah, or Man of Righteousness. It is actually more likely a text about some type of coming Anti-christ who would not be a religious figure but rather from a conquering army. 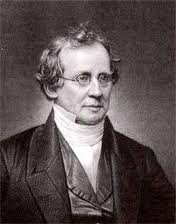 Following are some quotes from Charles Hodge's Commentary on Paul's Letter to the Romans. These are quotes that stood out to me as I have been reading through this commentary. This only covers chapters 9-12. Some background to this is posted here. I think most of the quotes are self-explanatory, but please comment if you have any questions.


The plan of salvation by faith does not require us to do what cannot be done and which is now unnecessary; it does not require us to provide a Saviour, to bring him down from heaven, or to raise him from the dead. A Saviour has been provided, and we are now required to believe.- Charles Hodge on Romans 10:6-7


It is very important to know what the Bible teaches both about the object and the nature of saving faith That object is Christ, and saving faith is trust. He is so complete a Saviour as to be able to save all who come to God through him; and therefore everyone who trusts in him will not he put to shame.
- Charles Hodge on Romans 10:11

It is obvious that foreseen works are excluded as much as any other. For a choice based on the foresight of good works is really made because of works as much as any choice can be, and consequently is not of grace in the sense asserted by the apostle.
- Charles Hodge on Romans 11:6

The apostle, having finished his description of the plan of redemption and presented clearly the doctrine of justification, sanctification, the certainty of salvation for all believers, election, the calling of the Gentiles, the present rejection and final restoration ot the Jews, in view of all the wonders and all the glories of the divine dealings with men, pours out this sublime and moving tribute to the wisdom, goodness, and sovereignty of God. Few passages, even in the Scriptures, can be compared with this for the power with which it presents the idea that God is all and man is nothing.- Charles Hodge on Romans 11:33-36

Whatever gratitude the soul feels for pardon, purity, and the certain prospect of eternal life is called on to ensure its consecration to that God who is the author of all of these mercies.
- Charles Hodge on Romans 12:1

Believers are to share in everything, because they are all members of the body of Christ. The members of the same body have the same interests, feelings, and destiny. The joy or sorrow of one member is the joy or sorrow of all the others. The necessities of one are, or should be, a common burden.
- Charles Hodge on Romans 12:13
Posted by Chris Whisonant at Thursday, February 21, 2013 2 comments:

Following are some quotes from WH Griffith Thomas's Commentary on Paul's Letter to the Romans. These are quotes that stood out to me as I have been reading through this commentary. This only covers chapters 9-12. Some background to this is posted here. I think most of the quotes are self-explanatory, but please comment if you have any questions.

The clay of human life can be moulded by surrender; it can also he marred by disobedience; and above all it can be made by obedience. Those two truths, God's Sovereignty and Man's Responsibility, are to be believed firmly, held tenaciously, proclaimed fully, and our life is to be lived in the light thereof.
- WH Griffith Thomas on Romans 9:19-29

He asks for trust even though He does not explain, and the result of our trust in Him is that we are not put to shame. Faith gives insight and foresight. Faith gives fearlessness and fortitude. Faith uplifts and transforms life. Faith brings salvation and satisfaction. Faith inspires life and elicits hope. Faith gives value to all problems and mysteries in life. Faith gives victory over all the conflicts of life.
- WH Griffith Thomas on Romans 9:30-33

When a man comes to realize that life demands righteousness he can proceed along one of three ways: (1) He may endeavor to restore himself; or (2) to rest upon the mercy of God; or (3) endeavor to blend the two methods and divide the work between God and himself. But he very soon comes to see that the second course is the only possible one. He cannot remove the guilt of his own past, for God only can do this. Nor can man guarantee his own efforts the absolute perfection of righteousness in regard to character and conduct. Hence it is wholly impossible for him to be saved, unless he is willing to saved in God's way.
- WH Griffith Thomas on Romans 10:1-4

This twofold emphasis on heart and mouth is important; the mouth without the heart might be hypocrisy, while the heart without the mouth might be cowardice.
- WH Griffith Thomas on Romans 10:9-10

We trust people by knowing them. The longer we spend with our Bible in getting acquainted with God, the stronger, more practical, and more blessed will our faith be.
- WH Griffith Thomas on Romans 10:17

There is no goodness in things evil, and God can never bring good out of evil, because there is no good in it to bring out. What God does is bring good to pass instead of evil.
- WH Griffith Thomas on Romans 11:11-16

"Saved to serve." God's chosen men are His "choice" men, and all through Scripture His choice men do not lie on "flowery beds of ease" but endure hard, sometimes sacrificing on behalf of others. We must never forget this.
- WH Griffith Thomas on Romans 9-11

The grace that saves has already been established as the foundation principle of salvation, and this is necessarily the ground of all Christian consecration and morality. It is because we are already recipients of the mercies of God that we must and can live the true life. We work from, not for salvation. The should that is united to Christ by faith is ready to learn and to do its duty, for the simple but sufficient reason that it knows it can appropriate without reserve the marvelous resources of Divine grace.
- WH Griffith Thomas on Romans 12:1-2

Humility is the direct effect of consecration, because pride is, and ever has been, the great enemy of true righteousness. Even the Apostle in making this appeal expresses his own true Christian lowliness, for he speaks "through the grace that was given."
- WH Griffith Thomas on Romans 12:3

If only the spirit of preference for others, and determination to sink our own position and reputation had been more in evidence in the Christian Church, what differences it would have made in individual and corporate life.
- WH Griffith Thomas on Romans 12:10